The US dollar index is sliding rapidly lower on the foreign exchange market, as the recent reversal from just below the 97.00 handle shows few signs of stopping any time soon.

We are currently seeing one of the largest sentiment biases towards the greenback. With the majority of retail traders appear to be getting crushed by this latest leg lower in the buck.

Later I will expand further on the sentiment metrics according to the ActivTrader platform. For me, I will discuss why the US dollar index is embarking on another round of selling.

The US dollar index closed the third straight day in the negative territory largely due to the decline in the annual Producer Price Index seen in the December PPI inflation report.

This is a similar effect we saw on Wednesday, where traders are selling the buck when inflation data is not coming in as hot as expected. This is because FED rate hike expectations are decreased.

The ActivTrader market sentiment tool is showing that some 94 percent of traders are bullish towards the US dollar index. This is bad news bulls as typically such overstretched sentiment from the retail crowd usually hints at an ongoing short squeeze on retail traders.

Looking at the four-hour time frame, the technicals looking heavily bearish, with the US dollar index officially activated a large head and shoulders pattern very sharply to the downside.

According to technical analysis, a break under the 95.40 level has activated this huge bearish price pattern. The only relief for bears is that the downside target of the pattern has largely been met. 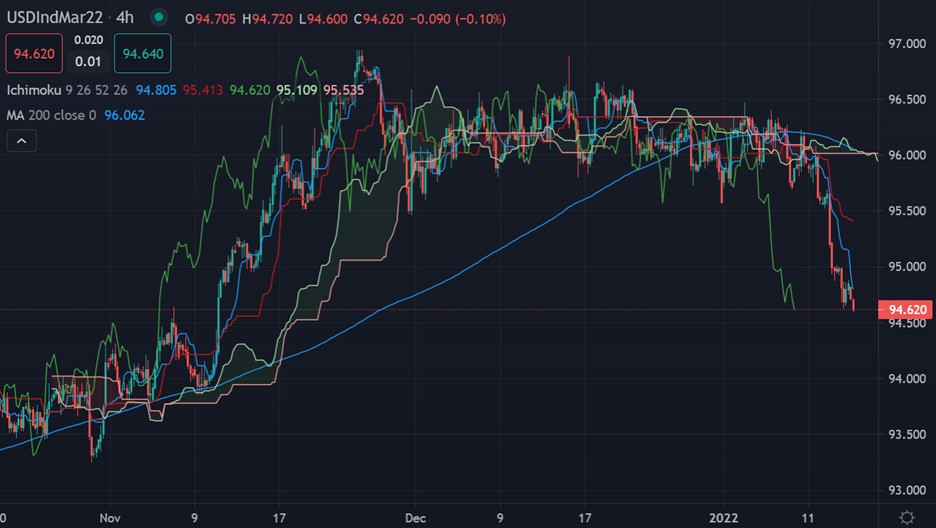 The medium-term picture for the US dollar index still looks to be very bullish if bulls can somehow recover the price above the 94.80 level according to the daily time frame. This is of course formerly the top end of the multi-year price range for the greenback.

We could see a key technical test of the former breakout spot for the US dollar index of its multi-year price range, around the 93.90 level. This is the area I am watching if weakness under 94.80 persists. 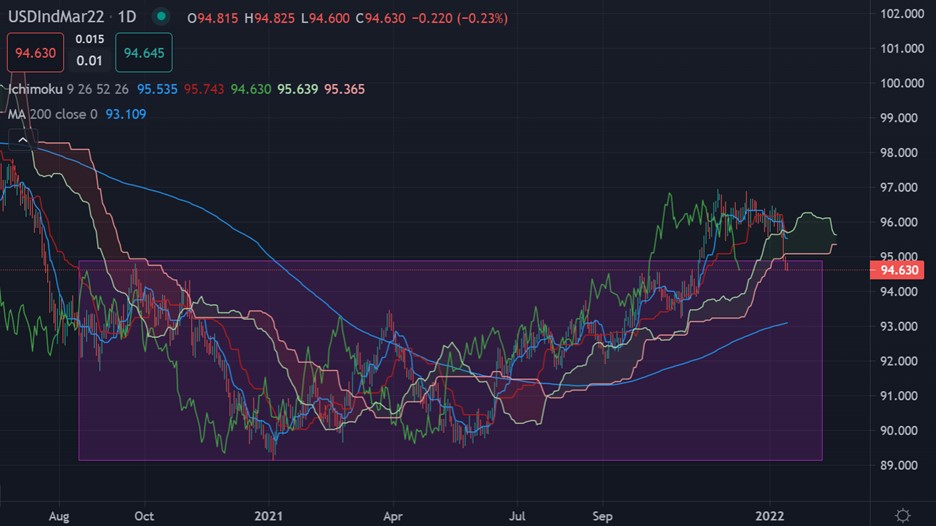 Asian equity trading in red amid headwinds from Wall Street