The British pound currency has started to test back towards the 1.3600 level, despite the governor of the Bank of England Andrew Bailey voicing renewed “concern” that the UK’s worrying high inflation might get worse given surging energy costs.

Governor Bailey also noted that signs of cost pressures are feeding into wage demand. Further increasing expectations that the BoE might soon act and raise interest rates once again.

In the inflation hearing on Wednesday, Bailey told MPs on the Treasury select committee that financial markets now do not expect energy prices to start easing back until the second half of 2023.

Bailey also highlighted growing wage expectations, stating that the Bank’s regional agents report seeing some evidence of second-round inflation effects, noting that there is a concern that there could be “second round effects” on wages on both rising inflation and a “tight” jobs market.

Fair enough that the GBPUSD pair has been sold down to the 1.3600 price area, after touching the 1.3750 region, but we must acknowledge that the technical divergence could cause a bull trap.

Looking at sentiment data and how traders feel about sterling, the ActivTrader Market Sentiment tool shows that traders are currently very bearish towards sterling. This is worrying.

The current reading shows that sentiment is at 69 percent bearish at present. For me, buying sterling is still very risky, we probably need to time the next move lower with a bullish retail bias.

In reality, strength or weakness around the 1.3600 price level and the latest move in the US dollar index after the mentioned news developments are going to be key going forward.

This negative MACD price divergence has been present since at least the 1.3400. We should be aware that the recent decline towards the 1.3600 price area is probably not the bottom. 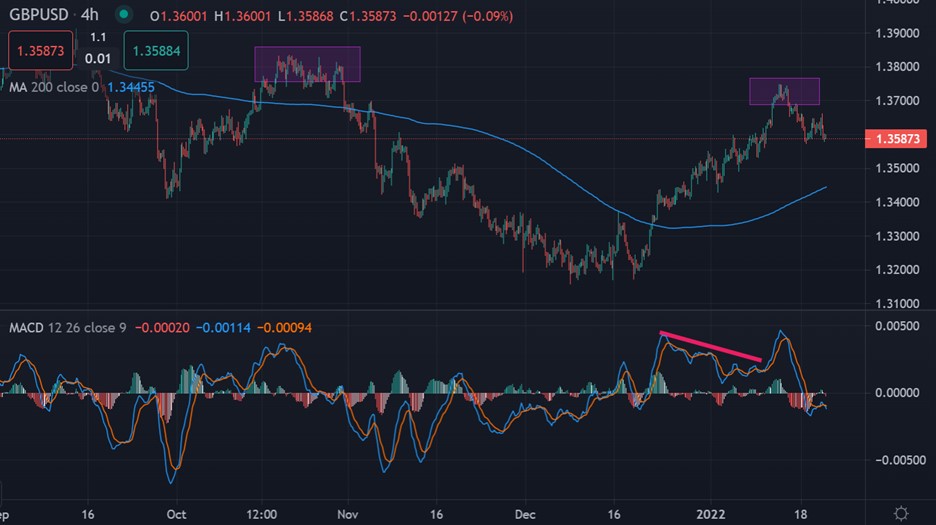 According to the daily time frame, the GBPUSD pair has formed a huge head and shoulders pattern that has yet to play out to the downside. The overall bearish target is still the 1.2800 level.

The GBPUSD pair is staging more technical tests towards neckline resistance, around the 1.3650 area. This is the big pivot point to watch over the coming days and week. 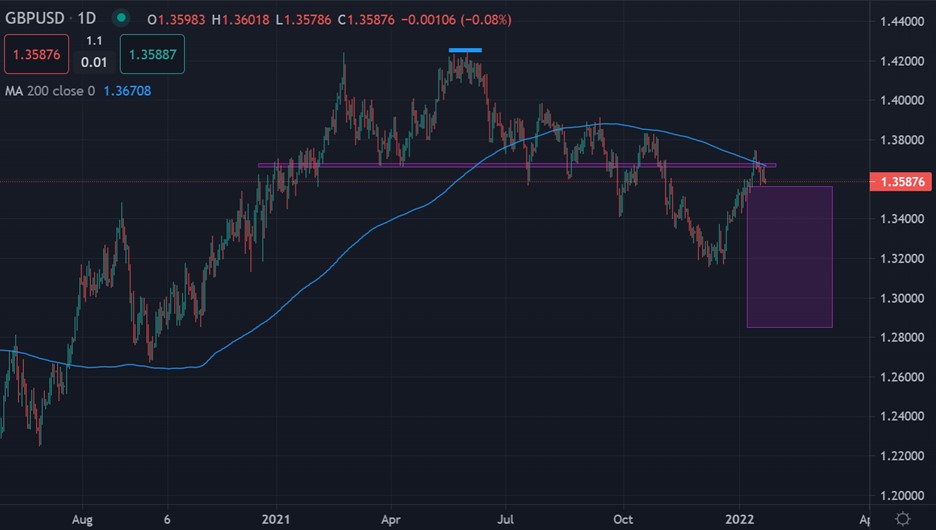