Tesla’s share price has been rallying this week as the electric automobile maker benefitted from a run higher in tech stocks, as its value moved away from $100.00 per share.

Many of the technical signs are very good for Tesla now. The charts show a huge amount of bullish MACD divergence. Plus, tech stocks looked to have formed a major price bottom.

It is noteworthy that Tesla is expected to report results for the December quarter of 2022 on January 25th. Investors should expect disappointment as compared to current analyst estimates.

For Q4, Tesla delivered ‘only’ about 405,000 cars, which is almost 35,000 lower than what the company produced. With discounts for Tesla’s best-selling Model 3 being as high as 15%, it is unlikely that Tesla will maintain a 15% EBIT margin.

I would also argue that Tesla’s stock is completely oversold. The RSI indicator is at its lowest ever lower on the daily and weekly time frame leaving tremendous scope for a price bounce.

According to the four-hour time frame, Tesla’s stock price has started to ignite a large, inverted head and shoulders. Looking at the size of the pattern  I would suggest an $80.00 price move is likely.

Due to the presence of a bullish MACD price divergence an explosive reversal move is surely brewing for the car company and buying towards $180.00 is likely. 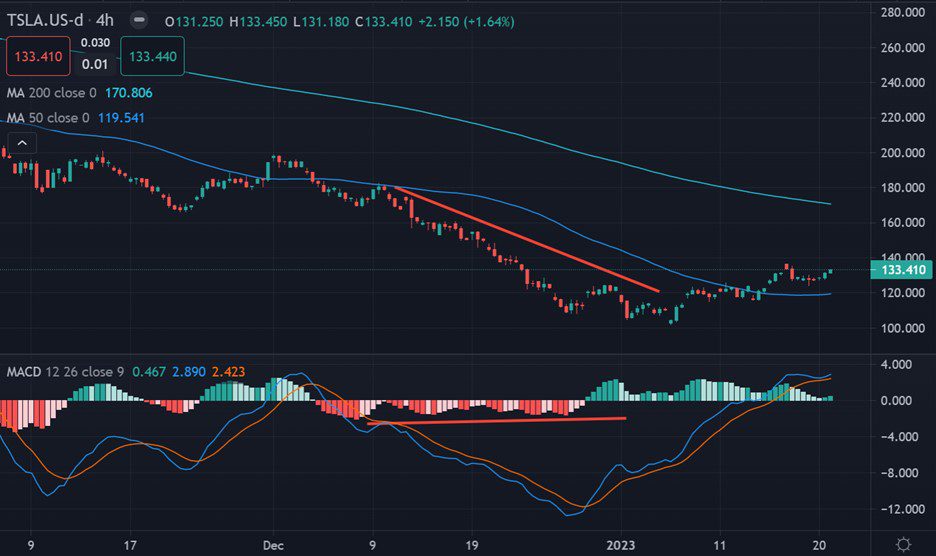 According to the daily time frame Tesla’s stock price has ignited an inverted head and shoulders pattern. These types of patterns are very bullish, however, it does suggest a huge upward price move is coming. 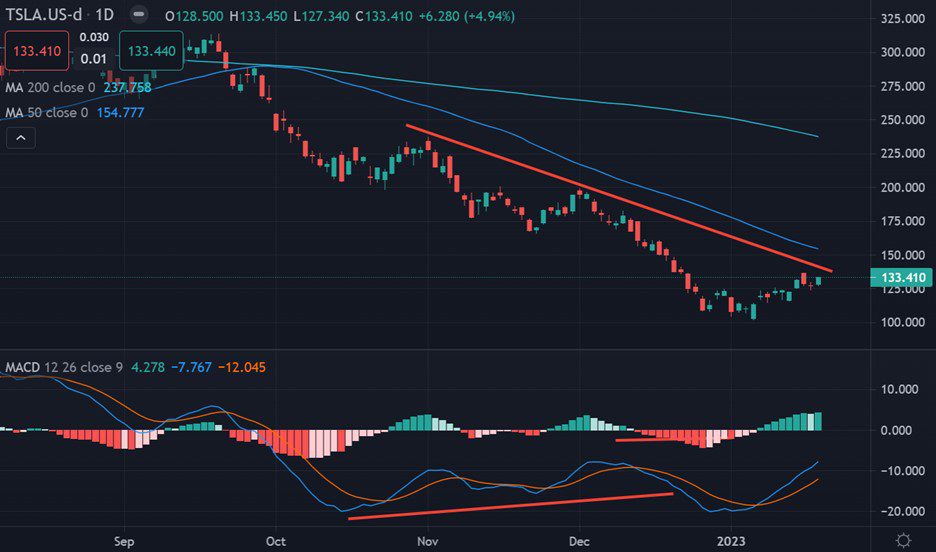