The British pound is holding up against the Japanese yen currency, despite Japan releasing high inflation data and the UK posting much weaker than expected retail sales data.

GBPJPY has been boosted by pound strength and a drop in the yen after the BOJ meeting this week. Data earlier today, showed that Core consumer prices in Japan climbed 4.0 percent in December.

The worst part of the report is that early Christmas spending was down. If anything else, that’s a clear signal of a collapse in consumer spending as the cost-of-living crisis worsens across UK households.

I believe with the fundamentals of these economies are increasingly interesting and buying the GBPJPY is risky if we are about to see the Bank of Japan act next month.

The ActivTrader Market Sentiment tool shows that some 43 percent of traders are bullish towards the GBPJPY pair right now. This goes strongly against the fundamentals todays, so do bare this in mind.

However, the sentiment skew does not bode well for more gains in the GBPJPY pair as historical data has shown that fading one-sentiment skews amongst the retail crowd has proved to be lucrative.

According to the moving averages, the short-term trend is actually bearish. However, bulls need to anchor the price above the 161.00 level to secure further price gains in the GBPJPY pair. 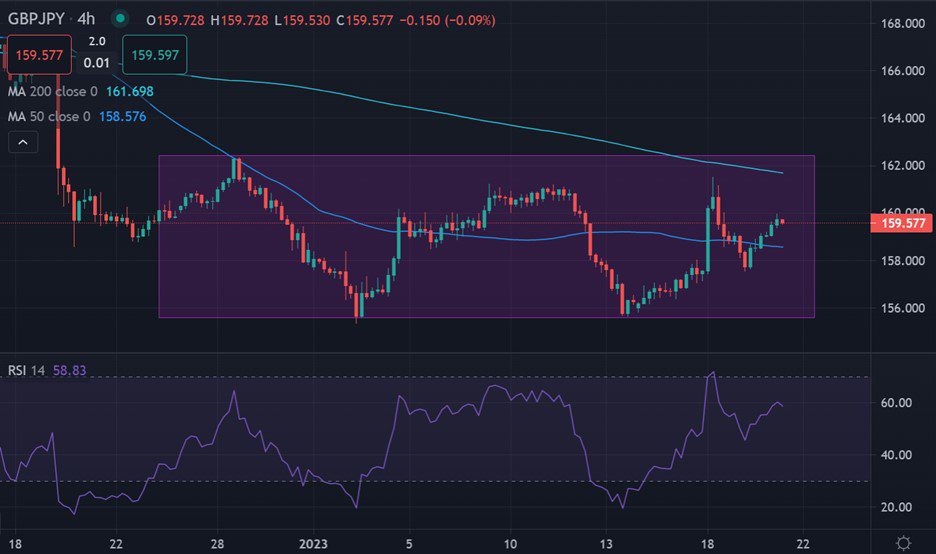 Looking at the daily time chart shows that the GBPJPY pair has formed a large head and shoulders pattern. The chart actually shows another sell signal. 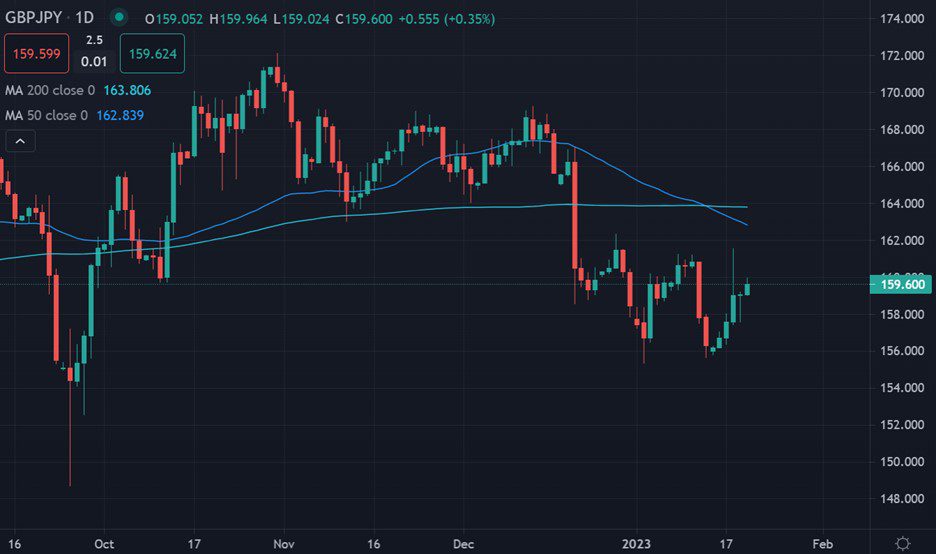