The EURGBP pair advanced to its highest level since early 2021 in early-week trade as the British pound sunk on the foreign exchange market after the recent disastrous budget by the new UK Chancellor.

EURGBP moved within touching distance of the 0.9300 level and has subsequently backed-off considerable. I still feel like we could see another test towards the 0.9000 level again in the near-term.

Judging by the way that the EURGBP pair has backed-off sharply and formed a huge doji candle there is a strong chance that a major price top formed earlier this week that won’t be surpassed this year.

Trading opportunities exists in the near-term if we start to see a rally back towards the 0.9000 level, it could be seen as a potential shorting opportunity as EURGBP is overstretched.

It is also a fact that the EURGBP pair is in a protracted bull trend and has been trading above its 200-day moving average, meaning that bulls are currently in control over the short and medium-term.

In terms of bullish targets I think the 0.9000 level is a soft target, however, the technical do show a clear price path towards 0.9100, so the odds are in favour of more EURGBP upside.

The ActivTrader platform shows that bullish sentiment is rising, with some 74 percent of traders now expecting more downside in the EURGBP pair despite the recent parabolic price move.

Overall, this should be bullish for the EURGBP pair because traders are typically on the wrong side of the trade. Most of the time fading retail sentiment works well for trading purposes.

The four-hour time frame shows that the EURGBP pair is technically bullish over the short-term with the price trading slightly above its key 200-period moving average, around the 0.8600 area.

Looking at the Volume indicator is apparent that the 0.9000 area had strong buying interest. This could hint at a retest of that very important technical area. 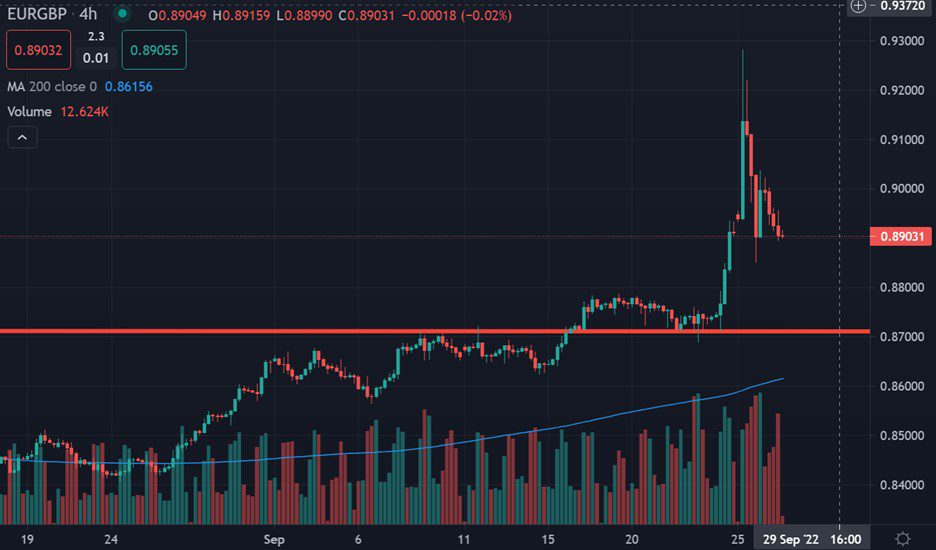 The daily time frame shows that the EURGBP pair has recently made a new multi-year higher high after igniting a large, inverted head and shoulders price pattern.

According to the overall size of the bullish price pattern the EURGBP pair has already met its full target and could be in the process of forming a much-large, inverted head and shoulders pattern. 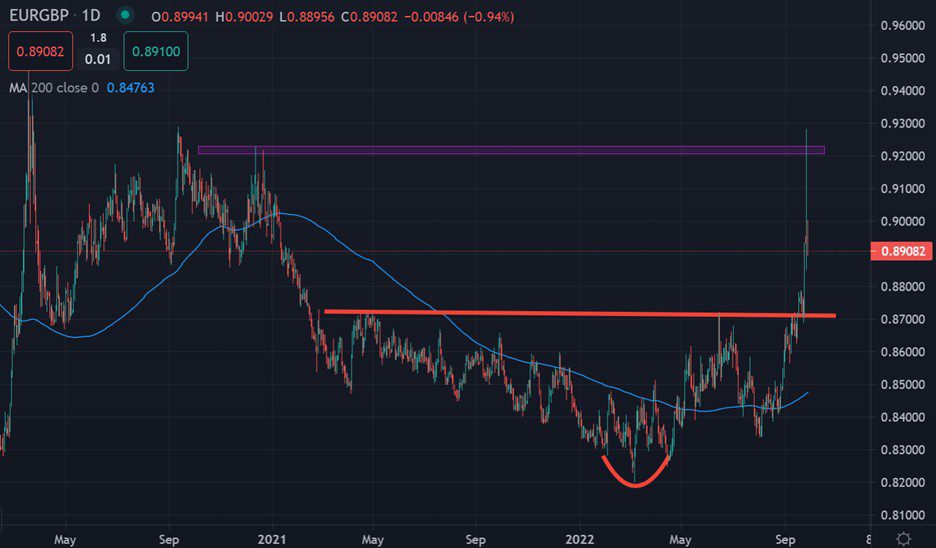